I am someone that really prides myself on being honest. But Teddi having to own up to initially taking part in the Puppygate scandal on Real Housewives of Beverly Hills on season 9 reminds me that I should stop saying I never lie.

Teddi looks almost as bad as Lisa Vanderpump for being unwilling to admit from the start what her role was in trying to make Dorit look bad for giving a puppy from Vanderpump Dogs to a woman who then took it to a shelter as opposed to returning it to LVP.

Lisa won’t take accountability AT ALL so that makes her look like a huge asshole who is also a liar. Teddi went out of her way multiple times to claim she was innocent in the matter before Teddi finally admits she was initially up for trying to make Dorit look bad for giving the dog away. 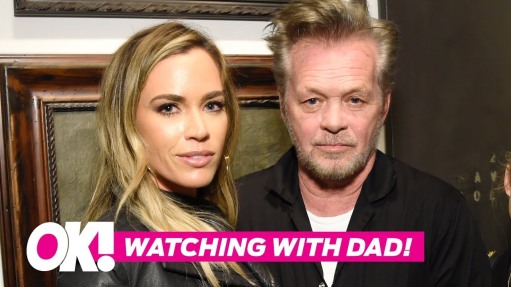 I think it’s good Teddi realized this is some dirty shit she ultimately didn’t want to be a part of, but she shouldn’t have acted so high and mighty by saying she’s never lied in her entire life.

I think it’s safe to say that everybody has lied at some point in their lives. That doesn’t mean people have cheated and hid it or did some other big, huge deceitful thing, but I still think it’s better to say I work really hard to be honest and rarely lie. Teddi seemed so convincing in terms of how much she believed she what was saying about never lying that it makes me feel like Teddi isn’t nearly as accountable as she says she is. It makes me think Teddi thinks she’s better than other people! Nobody’s perfect, Teddi. This could negatively affect her business too since Teddi is all about promoting and profiting off of accountability.

I also can’t stand how Teddi keeps saying she hid how much of a role she started off playing in Puppygate to protect Dorit. Yeah right! I think it was Teddi trying to protect herself. I think Teddi also is now trying to build a real relationship with Dorit, but more than anything Teddi didn’t want to reveal how bitchy and shady she was being early on.

Cesar Sanchez is making the best of an apparently really shitty situation. As they say, when life hands you lemons, make lemonade! I hope if Cesar needs some lemonade (aka healthcare assistance) that he gets it in his home country of Guatemala rather than being held with no medical care in an American prison as that is what is supposedly currently happening).

Check out this link (People.com story) about a Guatamelan man who called 911 to turn himself in as an undocumented immigrant, because he is apparently sick. Makes sense then that he’d want to go home to get some medical care, rather than NO medical care.

This story is funny in a disturbing way. Like, the U.S. sucks so bad that people who once thought it was the lands of dreams are calling the enemy–the cops–to help transport them back to their different vs less developed debate country of Guatemala.

Update: I typed in Cesar Sanchez on google and found this Breitbart news article. I didn’t see things in the same way, but this article contains some more hopefully accurate information.

I’m happy the Kardashians have gone and filmed a segment at Planned Parenthood because it puts a very well-known face on women’s reproductive health rights, which are important to focus on at this point in time in the United States and Canada also.

Planned Parenthood is the first place I went to for contraception. I got birth control pills at my Mom’s encouragement during high school. I didn’t even end up having sex with the person I was dating while I was taking the pills, but I appreciated the judgment-free help I received at Planned Parenthood in Hamilton, Ontario.

Anyways, I’ve also had an abortion. I got pregnant because I was delusional about how dangerous my blackout-drinking habits were, and a guy I didn’t even remember meeting had sex with me and I ended up pregnant. I didn’t even consider for a second having the child. The guy who had impregnated me scared me, and I knew I wanted an abortion. I received exceptional medical care and was able to pay at a private clinic in my city of Vancouver for an abortion that cost around $600.

Clearly, access to money was helpful here, so my class had a definite impact on how quickly I could schedule an abortion. I have never, ever regretted having an abortion at 23 (I’m 33 now). I wish I didn’t drink out of control like a maniac, so I didn’t end up with an unwanted pregnancy.

I found the actual procedure much less traumatic than those anti-abortion picketers who hold signs up about how babies are being aborted with full arms and legs. I had an abortion at 5 weeks and the doctor doing the procedure showed me the peatree dish with what looked like a strong period, nothing more, and I breathed a sigh of relief. I don’t want to get pregnant again and have an abortion, but if you do end up with a pregnancy and don’t want to give birth being proactive can make the recuperation period easier, based on how I experienced things. Anyways, I’m so thankful I had this option, and other women deserve this option also. That is why the conservative side is scary and eerily similar to The Handmaid’s Tale reproductive metaphor.

Planned Parenthood exists throughout the United States, and at sites they offer different things such as abortions, abortion referrals, contraception, and of course, education about sexual health. It is an essential service in my opinion. It is dangerous to children’s well-being to be born to mother’s who do not want to carry the pregnancy to term. Unwanted children cannot be cared for in the same way that wanted children can. For this reason, and many others, abortion is essential in our society.

Thank-you unbelievably visible Kardashians for doing your part to draw more people’s attention to Planned Parenthood. Anyone who thinks the Kardashians are all bad is pessimistic and ignoring FACTS. Especially since the Kardashians are so famous, because if I were them I’d be extra scared a vengeful anti-abortion person might shoot me to make a point.